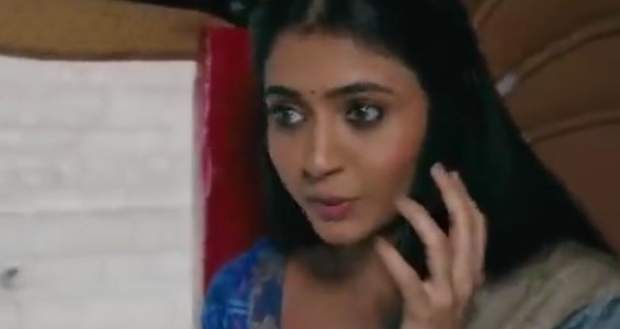 Today's Mehndi Hai Rachne Wali 16 April 2021 (MHRW) episode starts with Krishna calling Pallavi and tells her to come to the shop soon as Raghav has come there and is destroying it.

Pallavi asks Vijay for permission and he tells her to take Nikhil with her.

Raghav informs Pallavi that the shop will be closed for two days as he is doing his photoshoot to which she responds that he can take away her shop but cannot take away the online orders she received.

Nikhil comes there and informs her that the model has been booked for the photoshoot after which she leaves.

Meanwhile, Sharda and Vijay are talking about getting Amruta married while Sulochana tells them to have their own matters and not think about her daughter.

Sulochana goes to Amruta and tells her to get information on Raghav and find out his weakness.

Nikhil informs Pallavi that all the models have refused to work while Farhad is seen telling Raghav why they hired all the models.

Pallavi's friend comes to Keerti while Pallavi says that they have got her model and convinces her to do the shoot.

Keerti tells Pallavi that she feels overdressed and goes to take fresh air while Pallavi tells others to get dressed in their partywear so that Keerti can be comfortable.

Raghav reaches Pallavi's house with the photoshoot crew and goes Inside.

He notices Pallavi getting ready and admires her.

He leaves while Nikhil comes to her and they leave the room. She argues with Raghav while the whole family comes there.