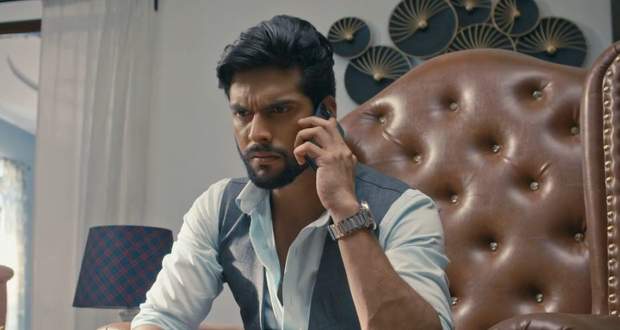 Today's Mehndi Hai Rachne Wali (MHRW) 1 May 2021 episode starts with Raghav playing chess with himself while Harish and Farhad execute his plan of getting Nikhil jailed.

Sharda calls Pallavi and informs that Raghav called her and wants to talk to her and Pallavi rushes there.

Raghav is waiting for her with the bridal accessories and distracts Pallavi while Nikhil gets arrested by the police in front of her.

Raghav gives money to Harshad and sends him home.

The police inform Pallavi that Nikhil has been arrested for the smuggling of illegal diamonds.

Pallavi confronts Nikhil and he apologises to her.

She informs Sharda of Nikhil's arrest while Milind overhears them.

Pallavi realises that Nikhil was working for Raghav's goons.