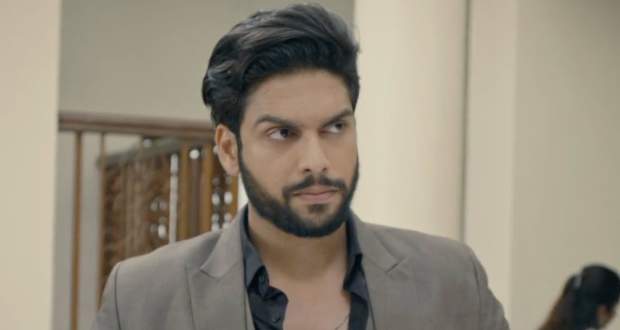 Today's Mehndi Hai Rachne Wali 20 April 2021 (MHRW) episode starts with Pallavi reaching home to get the documents where she bids goodbye to her brother and sister-in-law.

Amruta is on a call with Yogesh while Sulochana comes there and slaps her telling her that she will get her married to a rich guy.

Pallavi is at the court for her stay order application while Raghav also comes there for the bail application.

Pallavi tries to stop him while he raises his hand at her to scare her and pushes past her.

Raghav brings Kirti and Jaya home where three goons talk bad about Kirti and Raghav beats them up.

Kirti and Jaya cry while Raghav consoles them.

Meanwhile, Pallavi clicks a picture of Vijay's profile picture on social media when Vijay apologises to her for misunderstanding her.

Raghav and Farhad manage to ambush Jayant's son and find out that Pallavi is the one who sent the pictures to Jaya's house.

Raghav beats him and orders him to tell the truth while he says Pallavi did all this to get revenge.

He runs away and tells Sulochana on call that he did everything as she said.

© Copyright tellybest.com, 2020, 2021. All Rights Reserved. Unauthorized use and/or duplication of any material from tellybest.com without written permission is strictly prohibited.
Cached Saved on: Wednesday 28th of April 2021 11:05:07 PMCached Disp on: Thursday 6th of May 2021 06:33:50 AM