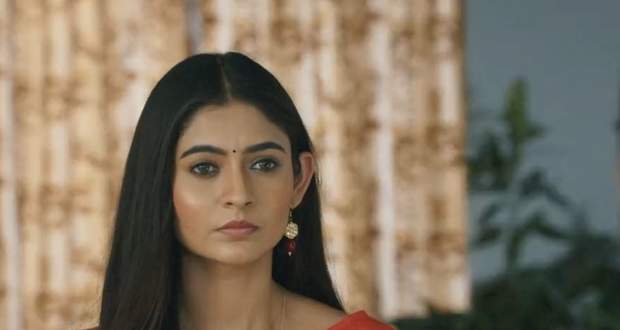 She talks back to him and says that he was the one who gave her the money.

Meanwhile, Jaya gets impressed by Pallavi's responses as Raghav leaves with Farhad.

Later, Raghav gets surprised to see Jaya sitting on his house sofa.

She informs him that she and Kirti are going to stay in his house which makes him ecstatic.

However, she says that she has one condition and reveals that he has to marry Pallavi.

Raghav accuses Pallavi of being a gold digger and refuses to marry her.

Jaya goes back saying that she and Kirti will also never come there.

Raghav takes out his gun but Farhad tells him to think about Jaya and Kirti before doing anything.

He imagines Jaya and talks to her.

Later, Pallavi gets kidnapped by Raghav and he tells her to shut her mouth and marry her in the temple which shocks her.