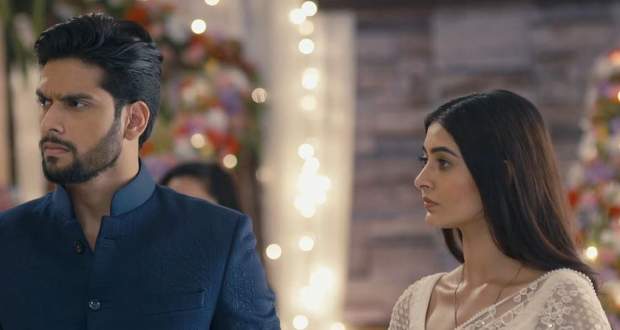 Today's Mehndi Hai Rachne Wali (MHRW) 8 May 2021 episode starts with Pallavi confronting Jaya and asking her to wait for her announcement.

Raghav gets anxious as he fears Pallavi might spill the beans.

He further imagines Pallavi telling the truth about blackmailing and getting slapped by Jaya.

Pallavi reveals she is a widow and Raghav changed her life completely by proposing to her.

She mocks Raghav while he gets angry at Pallavi for wearing a white saree.

Meanwhile, Sharda thinks Pallavi made a mistake while Milind tries to defend Pallavi.

Sharda is not ready to forgive Pallavi for her stupidity.

Pallavi asks Raghav to put all items of a bride on her including sindoor and red dupatta.

Raghav is forced to do it while Pallavi is pleased to see him suffer.