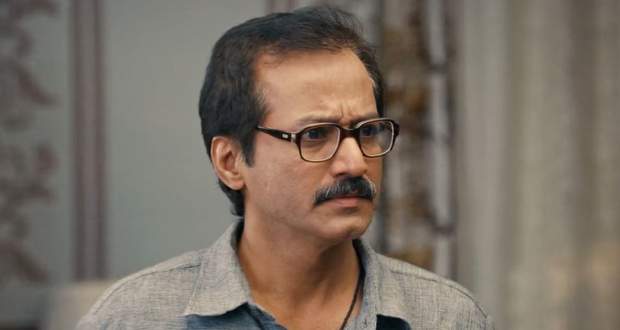 Raghav gives money to Shree to take a gift for his wife while Pallavi comes there and stops him from drinking.

He says that he was never the first priority and tells her to leave him.

The next morning, Pallavi wonders why Kirti isn't picking up her call and calls Farhad.

Jaya blames Raghav for everything while Pallavi points out that it has become a habit of her.

Pallavi reveals that she knows Raghav's story and says that she thinks he was just protecting his family like her.

Meanwhile, Kirti knocks desperately on Sunny's door while Farhad comes there and informs her that he left last night.

Elsewhere, Vijay plans to go to the police station and Sulochana tries to manipulate him while Raghav arrives there.

Raghav says that he can do anything to bring Pallavi back into Deshmukh's house.