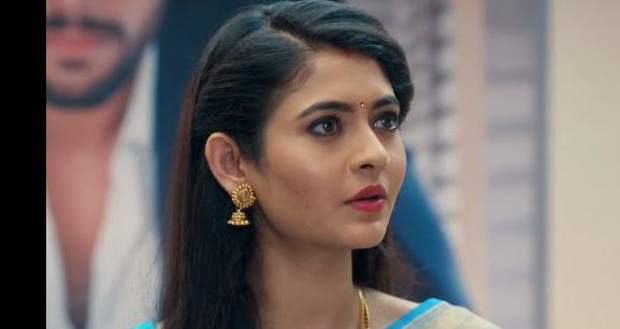 Today's Mehndi Hai Rachne Wali (MHRW) 18 June 2021 episode starts with Raghav giving Pallavi the ticket to Kohlapur and telling her that he is freeing her from this forced relations.

She goes while Raghav cries into Jaya's arms.

Elsewhere, Sulochana admits that she was the one behind the theft to Amruta who gets angry and tells her that she is not going to be a part of her plan.

She says that only they have lost and suffered due to her planning and plotting against Pallavi and Raghav.

Meanwhile, Raghav tells the driver to drop Pallavi at the railway station but she tells him that he is going to Kolhapur and not her.

He gets confused and she tells him that he can't oust her from the house and beats him with a broom while he tries to run away from her.

They share a romantic moment and he looks on while Jaya teases Raghav.

Later, Pallavi refuses to let him into their room while he apologizes to her.

He goes to Farhad who gives him poetry on a paper and tells him to apologize to Pallavi with it.

Elsewhere, Rocky calls Kirti and informs her that Sunny's phone has been found near a dead body and that the police have called him for confirming.