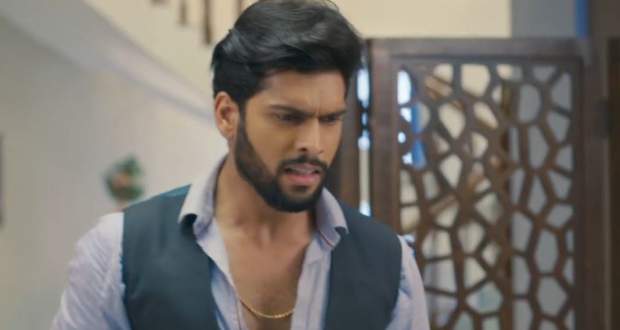 Today's Mehndi Hai Rachne Wali (MHRW) 18 May 2021 episode starts with Pallavi having a breakdown and requesting Raghav to kill her.

Raghav helplessly watches her and leaves.

Meanwhile, Amruta feeds the cake to Sulochana and praises her while Sharda comes there.

She confronts Sulochana and says that she was against Raghav earlier but seeing him stand up for Pallavi has made her change her mind.

She taunts them saying that Pallavi has won and leaves telling them to give up.

Elsewhere, Raghav seeks reassurance from Farhad but gets shocked hearing him say that no one can help him this time.

He cries while Pallavi remembers her moments with family and falls unconscious.

Meanwhile, Kirti talks to Sunny about marriage which angers him and he disconnects the call.

Raghav gets tensed seeing Pallavi unconscious and calls the doctor.

The doctor tells them to not give stress to Pallavi as her body is weak and leaves.

Everyone leaves while Raghav sits beside Pallavi and tends to her.

Jaya advises Raghav to rectify his mistake instead of crying over it.