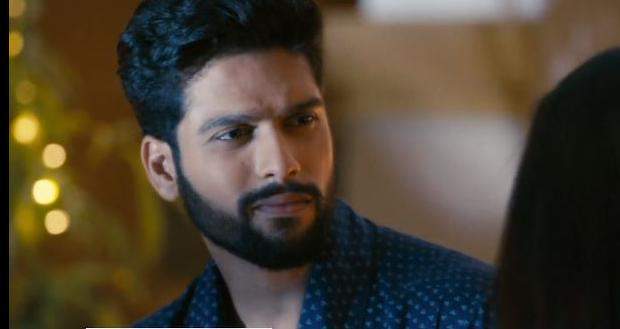 Meanwhile, Kirti meets Rocky and gets his phone while he reveals that the dead person was not lucky.

He further reveals that Sunny may have gone to his cousin Nidhi which confuses Kirti.

Later, Krishna and Milind come over for dinner and give advice to Raghav to sing for Pallavi.

He prepares a Hindi song for her and when they later play karaoke he sings for her making her happy.

Afterwards, Milind returns home and Sulochana asks him if he went to Pallavi's house and he accepts.

Suddenly, Vijay comes there and threatens to kick him out of the house if he goes again.

Elsewhere, Raghav and Pallavi sit by the pool side and converse while Kirti comes there and recites the incident about the police calling rocking about the dead body.

Kirti starts crying and accuses Raghav of killing him while having a breakdown.

Pallavi calms her saying she will look for Sunny in the morning and will find him.