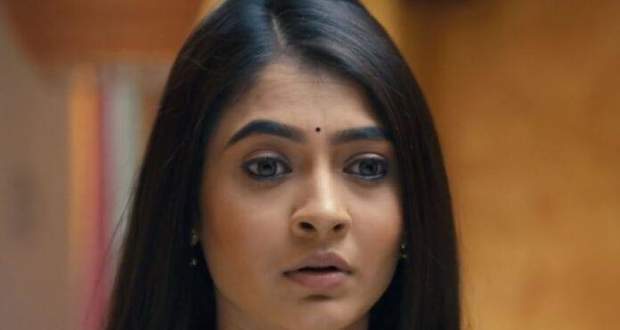 Today's Mehndi Hai Rachne Wali (MHRW) 20 May 2021 episode starts with Jaya asking Pallavi why she wants to leave and her responding that there is no relation of her left to stay for.

Jaya bids her goodbye and she leaves while Jaya scolds Raghav and advises him to go after Pallavi as she is his responsibility.

Raghav's consciousness talks to him and tells him to apologise to Pallavi and bring her back.

Raghav's goes after Pallavi while the watchman tells him that she left in a taxi.

Elsewhere, Sunny drops Kirti and talks to her on call while Farhad sees her on-road and gives her a ride.

Raghav follows the taxi but falls behind due to his car malfunctioning.

He runs after the taxi while Sunny stops his car near him and gives him a ride.

Raghav reaches the railway station but gets informed that the train left 10 minutes ago.

Meanwhile, Farhad gets a love note from his pocket and gets shocked.

Sunny offers him coffee and takes him to a cafe.

He jokes with Raghav that Pallavi would have been somewhere near if it was a movie while she is seated in the sear away from him.

She goes from beside him while he stops her and goes to her.