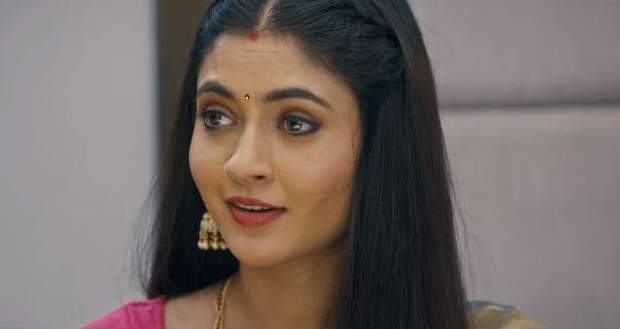 Further, Raghav talks about his client to Farhad and says that no one can be trusted with money.

Later, at the breakfast table, Kirti is happy with Raghav and calls him brother which makes him and Pallavi glad.

He announces that he will get Sunny and Kirti engaged which makes her extremely happy while Pallavi looks on.

She takes him away and questions him why he announced the engagement and tells him about Sunny's behaviour.

However, Kirti comes there and starts arguing with Pallavi while announcing that the engagement and marriage will happen anyhow.

Raghav plans the engagement while Farhad tries to advice him that he's going too fast.

Later, Jaya orders Pallavi and Raghav that they have to meet Sunny's family.

© Copyright tellybest.com, 2020, 2021. All Rights Reserved. Unauthorized use and/or duplication of any material from tellybest.com without written permission is strictly prohibited.
Cached Saved on: Friday 15th of October 2021 12:31:14 AMCached Disp on: Thursday 21st of October 2021 09:18:22 PM