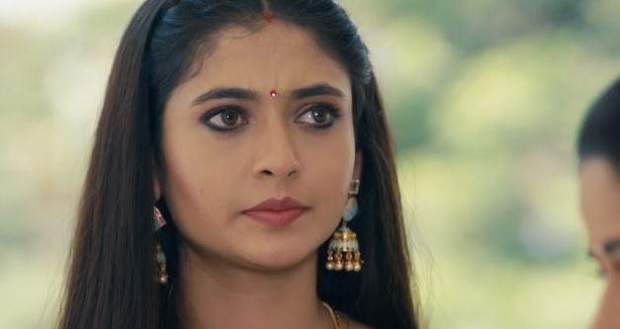 Today's Mehndi Hai Rachne Wali (MHRW) 23 June 2021 episode starts with Raghav and Pallavi coming to Sunny's flat where he acts nice in front of them.

However, Pallavi acts differently with him and informs him that they want to meet his parents.

Sunny says that he doesn't have any family after which Pallavi and Raghav leave while Sunny speaks ill of Pallavi.

Suddenly, he sees Pallavi behind him and gets shocked while she takes her phone from the table and leaves.

Later, Sunny hits Lion with his car and offers to drive him to the hospital.

Kirti confronts Pallavi and scolds her while Pallavi lies that she thinks Sunny isn't bad as she thought making her happy.

Meanwhile, Jaya orders Raghav to bring Saree for Pallavi for the Vat Savitri Vrat and tells Farhad to accompany him.

Pallavi and Sunny speak rudely with each other on call while Lion gets shocked hearing it.

Later, Pallavi sees the gift in her room while Jaya tells her to keep the fast for Raghav.

However, she feels uneasy seeing the gifts while Sunny brings Lion back to his home who thinks to use Sunny for his plan.