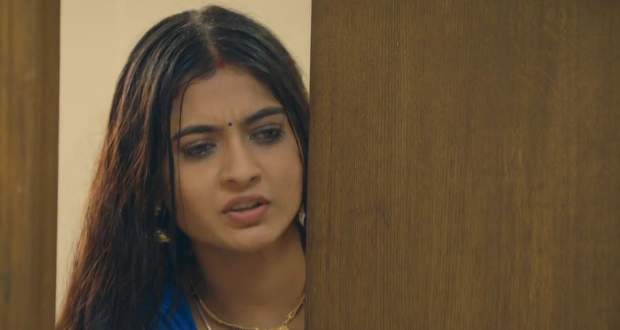 Today's Mehndi Hai Rachne Wali (MHRW) 26 May 2021 episode starts with Raghvan getting ready to sleep while Pallavi argues with him.

Meanwhile, Sunny gets upset thinking what would happen if Raghav didn't like him and voices his fear to Kirti.

Pallavi accidentally starts the shower and gets wet while Jaya tells Farhad to not pick up Raghav's calls.

Raghav gives Pallavi a bathrobe and tells her to wear it.

They both sleep with a barrier of pillows between them while Amruta talks to Sulochana.

Raghav wakes up at late-night hearing Pallavi changing something and hitting him.

He wakes her up while she acts and says that she sleep-talks.

Both are unable to sleep and he asks her what she would do if she were to die shortly.

© Copyright tellybest.com, 2020, 2021. All Rights Reserved. Unauthorized use and/or duplication of any material from tellybest.com without written permission is strictly prohibited.
Cached Saved on: Thursday 27th of January 2022 01:51:16 PM