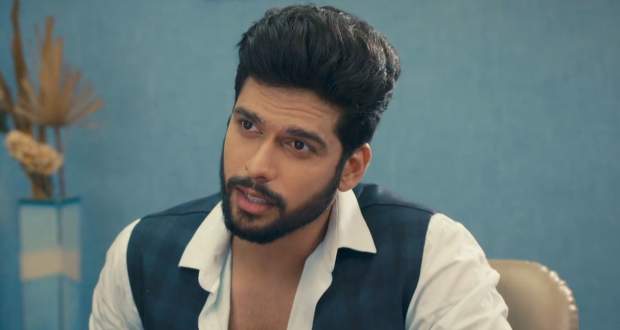 Today's Mehndi Hai Rachne Wali (MHRW) 28 May 2021 episode starts with Raghav asking for Pallavi while Farhad tells him about the deal and they leave for office.

Meanwhile, Pallavi reaches the Deshmukh's and Amruta reveals what happened between Raghav and Vijay.

Raghav gives a thirty percent discount to the client if he takes Pallavi's designs and bears a loss of 13 crores which stuns Farhad.

Later, Sunny sees his friend trapping a girl and taking a diamond necklace from her while he tells him later that he was given money to do so.

He tells him to drop off him off there as he has to do something with Vijay Deshmukh and later leaves the hotel after giving the necklace to a girl.

Pallavi behaves sweetly with Raghav which scares him while Farhad tells him that he is in love.

Pallavi adds spice in Raghav's food while he tells Farhad that something might be wrong with the food.

Pallavi feeds Raghav with her own hands and he doesn't show any struggle in a daze as Pallavi is feeding him which shocks her.