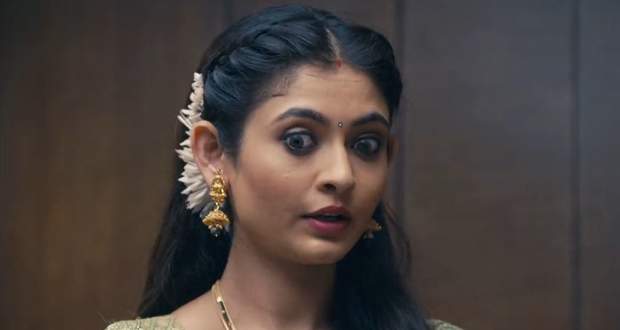 Today's Mehndi Hai Rachne Wali (MHRW) 3 June 2021 episode starts with Pallavi trying to help Raghav who tells her to stay away from him as a he is a bad person.

He destroys the cake while she takes him to the bathroom and pits him under the shower to help him sober up.

But he pulls her in with him and tells her to not leave him.

The next morning, Pallavi beings medicine for him while he asks her why he isn't wearing his clothes and demands to know what happened the previous night.

She teases him and later reveals that Farhad changed his clothes as his clothes were wet.

She tells him that she is going to change Raghav Rao and he asks her if she will stay with him.

Elsewhere, Sharda looks for the letter that she had hidden in her outfits.

Kirti waits for Sunny's call while Jaya and Pallavi come there.

She sees the tattoo and feels happy.

Afterward, Jaya reveals to Pallavi that she doubts Raghav behind the necklace stealing and makes Pallavi doubt too.

© Copyright tellybest.com, 2020, 2021. All Rights Reserved. Unauthorized use and/or duplication of any material from tellybest.com without written permission is strictly prohibited.
Cached Saved on: Tuesday 28th of September 2021 05:55:35 AM