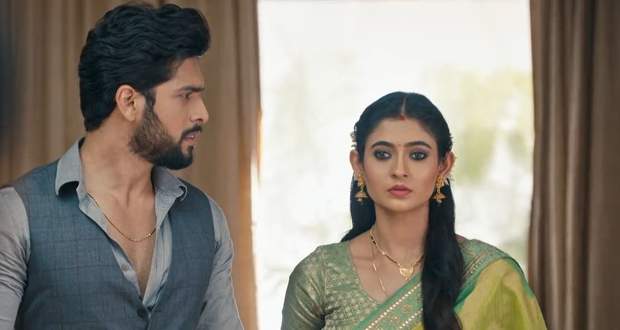 Mansi instigates them to bring back Pallavi while thinking that her marriage broke because of her.

Elsewhere, Raghav surprises Pallavi with a cupcake and requests her to again make a cake for him sometime.

Later, Vijay comes to Raghav's house and insults him while saying that he sent him to jail and bailed him to get in Jaya and Pallavi's good books.

Vijay calls him a criminal and they argue while Pallavi reads the letter thrown by Vijay.

Jaya sides with Vijay even after Raghav says that he didn't do it.

Vijay says that he's taking his daughter with him and drags Pallavi towards the door but she stops him.

She says that she supports her husband as she knows that Raghav proudly accepts his crimes and that this is not his doing.

Vijay says that Pallavi only thinks of her husband now and leaves saying that he will send Raghav to jail.