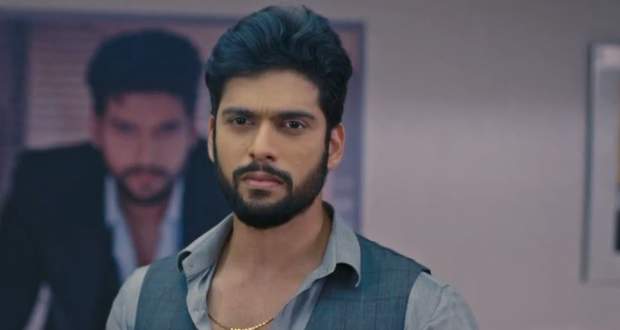 Today's Mehndi Hai Rachne Wali (MHRW) 5 June 2021 episode starts with Raghav asking Pallavi why she didn't go with her family and supported him.

She tells him that she is with him because she knows that he is innocent.

Later, Raghav talks to Farhad about being sad that Jaya didn't support while and happy that Pallavi took a stand for him.

Elsewhere, Mansi tries to entice Vijay against Pallavi which creates an argument between her and Sharda.

Meanwhile, Pallavi questions why she trusted Raghav while Krishna tells her that’s because she is deciding with the heart and not the head.

Pallavi sees Jaya packing her clothes and asks her why she doenst trust Raghav and led her to it.

Jaya talks about Raghav and his father but stops and tells Pallavi that she should return to her home.

Meanwhile, Kirti tries to contact Sunny while his friend Rohit picks up the call and tell her that he has been found unconscious.

Raghav tells Farhad to close off the Golden Hill showroom as the necklace was stolen from there while Pallavi tries to stop him.

She and Farhad further plan to find out the culprit.