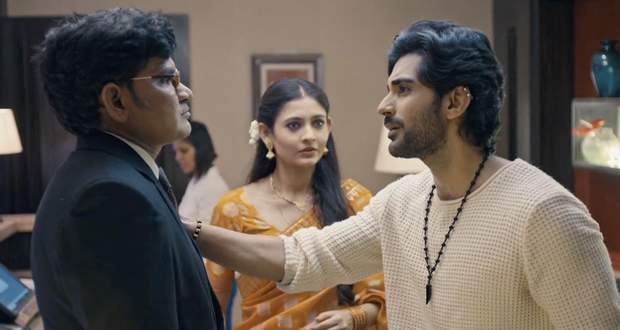 Later, Pallavi meets Rocky and she finds out a clue to investigate the matter.

She comes to know that a bearded man is responsible for all the happenings and he was the one who instructed Rocky to place the same necklace in Vijay's room.

Pallavi takes help from Sunny and goes to the hotel to find the CCTV footage but there she comes to know that someone has already taken it away.

Afterward, Pallavi learns that it was Raghav who took the CCTV footage as he too is investigating the case.

Both of them share a mutual understanding as Raghav says that he doesn't want to let down the trust she has put in him in front of the family.

After some time, Pallavi discovers that there is something wrong as she finds a piece of property paper in her bag.

She goes to meet Vijay and tells him that Sulochana had drafted fake property papers to take his signature.

She also tells Vijay that the papers Raghav tore on the day they had a fight were property papers and not loan papers.

Everyone gets shocked knowing the facts from Pallavi.