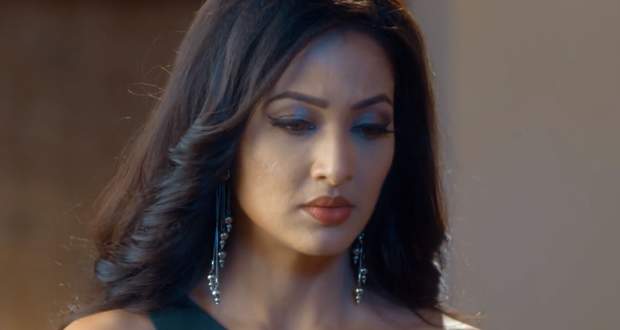 Today's Meri Gudiya 18 Jan episode starts with Parvati asking Raghav to get married to Ratri for Avi’s sake. Raghav is not ready to accept Ratri as his wife as she won’t be able to give Avi love.

Dadi wants to know what Raghav feels while he says he just has feelings for Madhuri. Raghav declares he will not give Madhuri’s place to anyone.

Ratri hears this as she is standing outside the room. Avi asks Ratri to help her sleep while Parvati leaves. Meanwhile, Ratri is disturbed by Raghav’s decision.

Ratri shows in front of Raghav that his decision is right. She promises to solve all his confusion by morning while Madhuri in the doll is upset with Dadi’s proposal.

Ratri says the potion she is making will stop Avi’s heartbeat for 10 minutes. She says she will make a connection with Avi’s heartbeat to prove to everyone that she is her mother.

Adrika makes Ratri believe that she is with her and offers to support her. However, Adrika still wants to kill Avi. Later, Ratri wishes to leave the house with her stuff in a taxi.

© Copyright tellybest.com, 2018 & 2019. All Rights Reserved. Unauthorized use and/or duplication of this material without written permission from tellybest.com is strictly prohibited.
Cached Saved on: Thursday 30th of January 2020 09:54:33 PMCached Disp on: Monday 17th of February 2020 11:50:37 AM