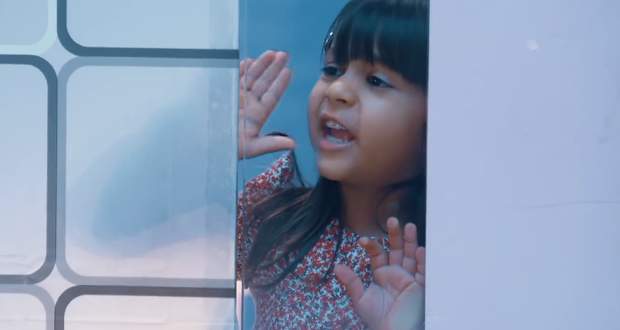 Today's Meri Gudiya 1 Feb episode starts with Sunny getting scared to get trapped in the room. He gets scared of fluctuating lights caused by Pari. He is also attacked by some toys.

Chachi gets worried for Sunny while later he comes and lies about the instance. Chachaji brings some flowers and decorative items for the wedding.

Later, Ratri brings tea for Raghav and promises to take care of Avi. Piya arrives at the same time and asks Raghav if he is still mad.

She further wishes to support him for Madhuri’s sake. Shaurya is not happy with Piya accepting the marriage. Later, Chachi shows various sarees to Ratri.

Chachiji further instructs Ratri to stitch fall on all sarees. Daadiji instructs that they will send the sarees to tailor. Meanwhile, Sunny tries to steal Pari but Avi saves it.

Shaurya confronts Piya and asks about accepting their relation. Piya reveals that Dr. Rudraksha is in Shimla and she wanted to keep an eye on him.

Shaurya wishes to talk to him while Piya has a plan. Meanwhile, Sunny locks Avi in the bathroom and decides to break the doll i.e. Pari.

Upcoming Meri Gudiya episode update: Avi is stuck in the bathroom while Ratri comes into the room and ignores her.

© Copyright tellybest.com, 2018 & 2019. All Rights Reserved. Unauthorized use and/or duplication of this material without written permission from tellybest.com is strictly prohibited.
Cached Saved on: Monday 6th of April 2020 02:10:28 AM