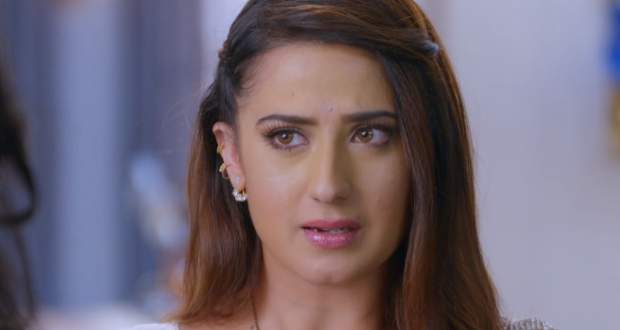 Today's Meri Gudiya 22 Feb episode starts with Madhuri coming at the temple with Avi and Adrika witnessing this. She hypnotizes the servant and asks him to give glass with a potion to Madhuri.

Ratri forces Madhuri to drink the Thandaai and she takes it on Avi’s demand. Adrika further wants Madhuri to dance and Avi also requests her to dance.

Meanwhile, Piya is confused about how Madhuri has returned from the dead. They decide to take help from Dr. Rudraksha and a storm occurs at the same time.

Madhuri and Ratri perform on a popular song and later Adrika is confused as her potion didn’t work. Madhuri had seen Adrika mixing the potion and drank holy water.

Piya and the driver face Rahu who seeks vengeance. Later, Ratri and Adrika wonder the secret about Madhuri and deduce that she should have blood if she is a human.

Madhuri says they are right but there is no way they can prove she is no human. Meanwhile, Rahu reveals that he went to get the Amrit but wasn’t able to attain it fully.

He wants to get Avi to get the last drop of that Amrit. He reveals that Rudraksha was sent by him but was killed by Madhuri. Elsewhere, Madhuri gives warning to them for not harming Avi.

She threatens to kill them in the same way as she killed Dr. Rudraksha.