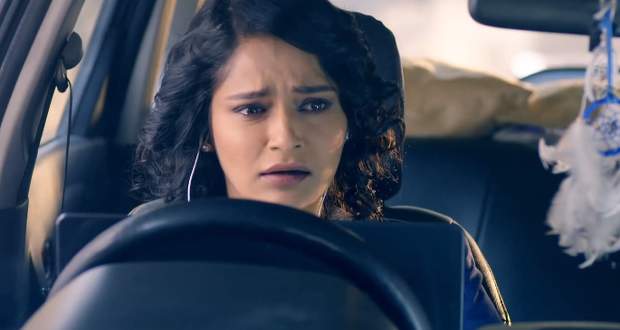 Avi watches from afar and is sad. Chachi suggests Raghav not go to office for the next two days. At the same time, Avi arrives downstairs and asks Raghav to not get married.

She reveals that she doesn’t want a stepmother. She says that her mother has told her to restrict him from getting married to Ratri.

Ratri declares that if Avi wants to stop the wedding then the marriage won’t take place. Daadi also says that Avi’s wish will be fulfilled.

Adrika wishes to surrender in front of Rudraksha and believes that there is a ghost in the house. At the same time, Piya learns that Ratri and Adrika are there to kill Avi.

She is confused about their motives and Rudraksha’s reality. Ratri says that she wants to make a special place in Raghav’s heart and that’s why she can’t hurt Avi.

Ratri reveals that she killed Madhuri because of Raghav. Piya is shocked to learn the same while Adrika wishes to inform everything to Rudraksha.

Ratri asks to get two days' time from Rudraksha. Piya decides to show the video to RV and follows Adrika’s car. Piya reaches a weird place where Adrika meets Rudraksha.

Piya starts making their video while Adrika asks for some more time. Rudraksha can see that Piya is recording their conversation and asks Adrika to go. Piya tries to contact Raghav but Rudraksha interrupts her.

Upcoming Meri Gudiya episode update: Piya tries to escape Rudraksha but he approaches to kill her.

© Copyright tellybest.com, 2018, 2019, 2020. All Rights Reserved. Unauthorized use and/or duplication of this material without written permission from tellybest.com is strictly prohibited.
Cached Saved on: Tuesday 24th of November 2020 06:43:40 AM