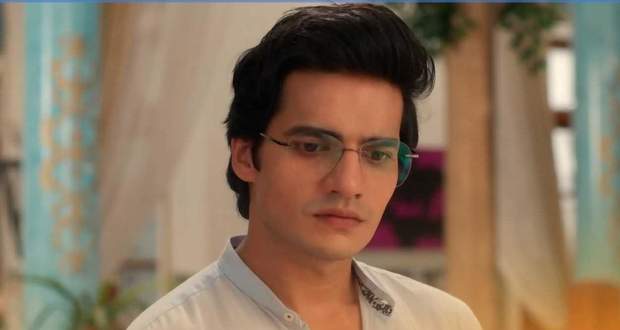 Today's Mithai 30th April 2022 episode starts with Girish being shocked at the revelation that Harimohan wants Mithai to sell her aloo jalebi at all the Harimohan sweets stores.

Girish looks to argue with Harimohan but knows the attempt will be in vain.

The next morning, Harimohan watches lovingly as Shubham and Mithai talk to one another and begin to bond.

Harimohan goes to Siddharth and Keerti and tells them of Arti's wish.

Continuing, Harimohan asks Keerti and Siddharth to help him fulfill his and Arti's dream of making Mithai the daughter-in-law of Choubey house.

© Copyright tellybest.com, 2020, 2021. All Rights Reserved. Unauthorized use and/or duplication of any material from tellybest.com without written permission is strictly prohibited.
Cached Saved on: Sunday 2nd of October 2022 12:08:36 PMCached Disp on: Wednesday 5th of October 2022 04:44:51 PM