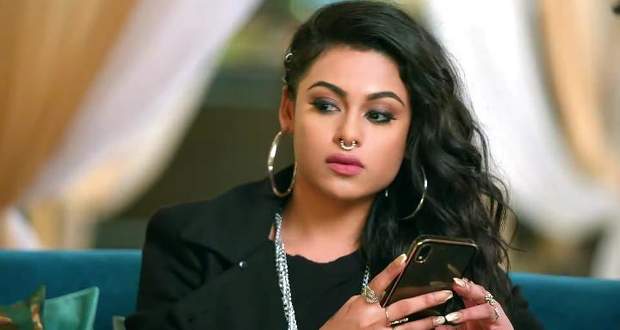 Today's Molkki 10 July 2021 episode starts with Nandini breaking Purvi's photo frame and telling Virendra that she hates him for choosing a Molkki over Sakshi.

At night, Manas and Juhi leave their room and reach the servant's quarters to go to Purvi's room.

They go to Purvi and Virendra's room and tell them that they are going to sleep with them making the couple emotional.

Meanwhile, Nandini talks to someone named Aarav on call and he tells her he is waiting for her outside.

Nandini leaves the Haveli while Purvi notices her going and wonders where Nandini is going at this time.