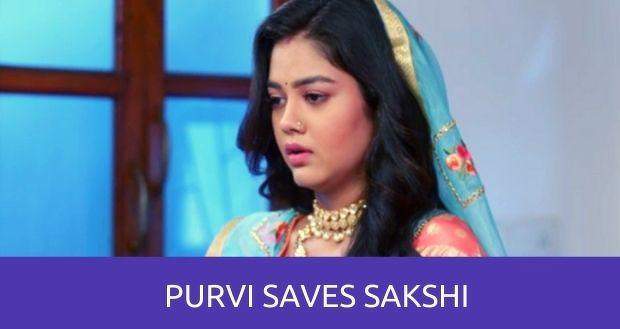 Today's Molkki 10 June 2021 episode starts with the kids requesting Virendra and Sakshi to play hide and seek with them.

Virendra looks for them while he accidentally catches Purvi but she goes away from him.

Further, Sakshi notices Purvi distancing herself from Virendra and him getting upset.

Purvi cries holding the divorce papers while both Virendra and Sakshi see her from different places.

The next day, a lady named Anamika comes to meet Sakshi while Anjali and Prakashi wonder who she might be.

Prakashi stumbles upon her business card fallen from her purse and gets confused finding out that she is a matchmaker from the marriage bureau.

Elsewhere, Sakshi puts forth the idea of getting Purvi remarried which Virendra doesn't like.

He says that Purvi will never agree to it while she says that she takes responsibility for getting Purvi to agree.

She further manages to convince Virendra to agree to the idea of Purvi's marriage by saying that it will be good for her future.

Later, Purvi request to remarry while Sakshi tries to guilt-trip her into doing it.

However, upon Purvi's refusal, Sakshi tells her that Virendra has already agreed to make her heartbroken.

Further, Sakshi manages to convince her saying that Virendra will never give Sakshi a place in his heart upon Purvi is there.