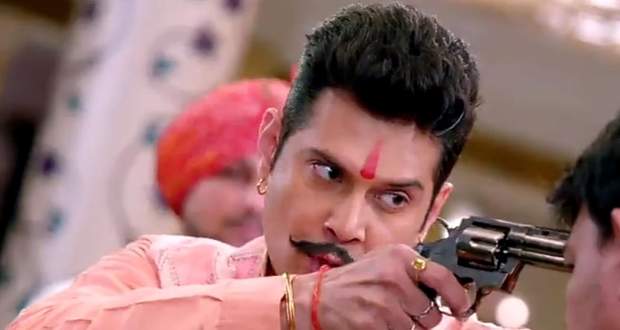 Today's Molkki 10 November 2021 episode starts with Manas and Juhi telling Virendra and Purvi that there is a change in plan as they want to go play outside and not on the terrace while Virendra agrees.

Meanwhile, Sakshi meets up with Arjun and tells him that she tried everything she could to take revenge on Purvi but failed while he tells her that he can kill Purvi.

Man's records their conversation while Prakashi comes there and Sakshi points a gun at her.

Arjun notices Manas and runs after him while thinking to hit him in the head.