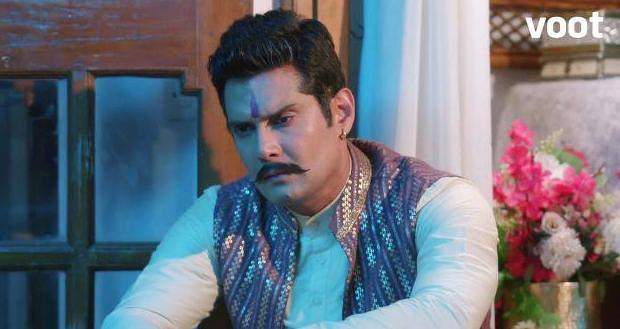 Today's Molkki 11 June 2021 episode starts with Sakshi telling Anamika to find the best groom for Purvi and not worry about the fees while Prakashi and Anjali overhear them.

Anjali shares a plan with Prakshi saying that Purvi's marriage will be beneficial to them.

Sakshi notices them eavesdropping and scolds them while Prakashi tells her to take care.

Elsewhere, Virendra is certain that Purvi will deny marrying for a second time while Sakshi comes there and informs him that Purvi has agreed to remarry.

Further, they play hide and seek while Virendra and Purvi have a beautiful conversation and think to be happy before her marriage.

Later, Sakshi is looking at the pictures of prospective grooms for Purvi's marriage while kids come there and get intrigued by the room from the start.

Virendra and Sakshi get tensed and wonder how to tell the kids about it while Purvi leaves saying that she will do it.

The kids are drawing a family portrait and tell them to note purposefully.

She tells them to not be sad about her marriage and enjoy it.

She and Sakshi manage to convince the kids while they stay resilient.

Further, prospective grooms come to the Haveli while the kids prank them and make them leave.