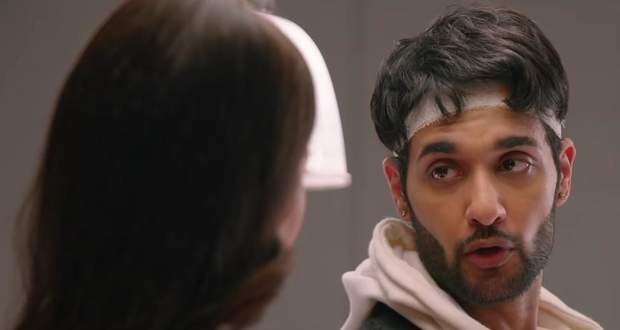 Today's Molkki 11 October 2021 episode starts with Purvi saying that she won't let them live there after one month and leaves while Prakashi manages to convince Anjali that she pushed for their sake.

Purvi goes to school to pick the kids but gets tensed seeing them not there while the teacher informs her that the kids left early.

She looks for them and gets shocked seeing them eating I've cream with Arjun at the fair.

Further, she goes to them and scolds them after which she takes Arjun to the side and rebukes him for taking the kids without her permission.

However, he tells her that he was just treating the kids for saving his life and goes back to have fun with the kids.

She also joins them while Virendra sees them on his way to court and gets angry seeing the moments he spent with Purvi being happening with her and Arjun.

Later, Purvi returns home with the kids and thanks Arjun after which the kids bring in Arjun's luggage and inform that they have invited him to stay with them shocking everyone.

Purvi and Sakshi talk about Arjun staying with them while Prakashi overhears them and forms a plan.

Purvi goes to give dinner to Arjun and gives him his fees but he refuses to take it saying that he will take something precious to him when the right time comes.

Afterward, Purvi goes to meet Virendra but he lashes out at her for going out with Arjun while she also argues that he never trusted her and that she was there because of the kids.

She is about to leave when he holds her hand and apologizes saying that he loves her so much that he doesn't want to lose her as she consoles him.