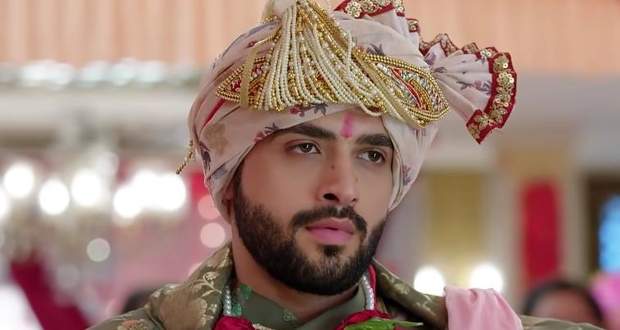 Today's Molkki 15 February 2021 episode starts with Virendra letting Karan go as per Purvi's request after which he shows her that Karan is an ally of the man who was sent to jail because of the land fraud.

He warns her to stay away from that guy and leave for home.

They are going while Priya sees Priyashi shouting for help from the car.

Vaibav takes Priyashi to a cliff and pushes her down the cliff while holding her hand.

Priyashi apologises to him while he says that he ruined her life and that he will kill her.

He let's go of her hand while she struggles to hold onto her hand.

Suddenly, a car hits Vaibhav due to which his hand separates from Priyashi's and she falls down the cliff while he gets unconscious.

The man runs away from there while Vaibhav regains consciousness and feels guilty but plans to reach home.

However, his car doesn't start and he calls one of his friends to pick him up but check the time and realised that everyone might have reached home.

Virendra and Purvi reach home while Purvi goes to check on Vaibhav and sees that the cell is empty.

The family comes home while Purvi informs everyone that Vaibhav and Priyashi are not at home.

Purvi says that that the voice she heard might have been of Priyashi while Virendra calls Vaibhav.

He picks up the call and makes an excuse that Priyashi has forgiven him and that they are going to her parents home.

Later, Virendra gives Purvi tea made by him in his own mug and she compliments him and shares the mug of tea with him.