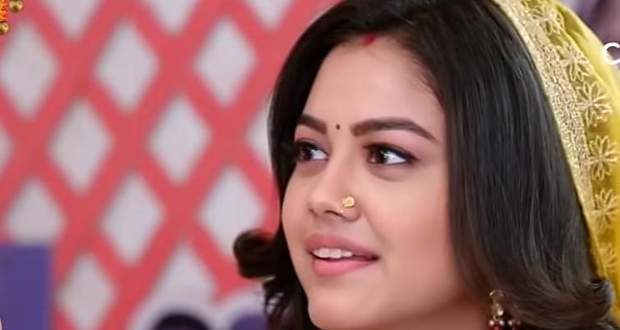 Today's Molkki 15 November 2021 episode starts with the police arresting Sakshi as she curses Purvi in her mind while Purvi falls unconscious and gets taken to hospital.

Virendra calms the kids and they go to Purvi as the doctor tells Virendra that she needs to speak to him alone.

Purvi regains consciousness and keeps asking about the baby while Virendra tells her disheartened that the baby is no more.

He consoles her and tells her to not blame herself or be guilty as it was Sakshi who has done this.

She feels encouraged and tells Virendra that they will have their own child while he averts his eyes and leaves as a nurse comes in.

Later, Purvi overhears the nurse gossiping about her and gets shocked learning that she cannot become a mother anymore.

She falls and starts crying while Virendra comes there and comforts her.

She tells Virendra that she is already a mother and that of Juhi and Manas while Virendra feels blessed to have Purvi.

Elsewhere, Sakshi gets out of jail as the inspector tells her that she's lucky as Arjun took all the blame on himself.

The next day, Purvi is cleaning the haveli while Virendra makes her sit and tells her to rest while flirting with her.

At night, Purvi does Virendra's massage while he looks into her eyes and gets romantic with her.

© Copyright tellybest.com, 2020, 2021. All Rights Reserved. Unauthorized use and/or duplication of any material from tellybest.com without written permission is strictly prohibited.
Cached Saved on: Monday 6th of December 2021 05:43:55 PM