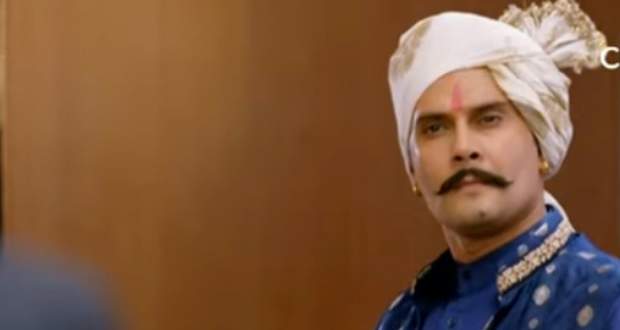 Today's Molkki 16 August 2021 episode starts with Virendra turning back to look at Purvi but she gets a call from Chandni and she leaves.

As the party starts, Nikhil sees that Daksh is nervous and calms her that his proposal to Dhwani will be fine.

He calms himself and goes to Purvi but fails to propose to her due to nervousness.

Elsewhere, Virendra talks to Veer on a call about Daksh inviting him for the birthday party and Veer convinces him to go.

Veer sleeps on the sofa while Sudha looks at him from the bed.

Meanwhile, Daksh cuts the cake and celebrates his birthday by dancing with Purvi.

Purvi teases him saying that she knows he doesn't know how to dance and guides him through the whole dance.

Later, Chandni makes Daksh drink and tells him to propose to Dhwani and he proudly goes to her.

Virendra rings the doorbell while Chandni opens the door and again dreams of marrying him.

Elsewhere, Daksh asks Purvi to be his girlfriend but hesitates and corrects it to a fake fiancee.

Flashback shows, Daksh getting a call from Nani and telling him that she must see his fiancee when she comes home while Chandni suggests he ask Dhwani to act as his fiancee and get close to her in the meantime.

In the present, Daksh tries to convince Dhwani to act as his fiancee for two weeks while Nani will be there but she tells him that she can't do it.