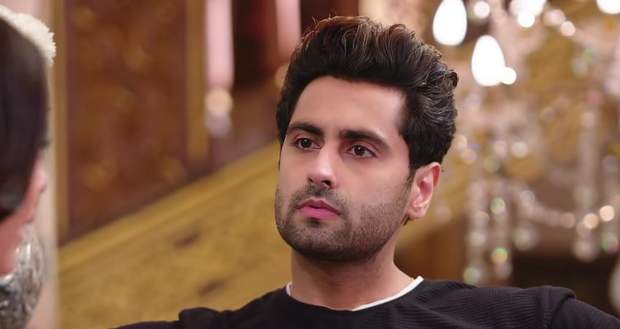 Today's Molkki 16 September 2021 episode starts with Priyashi feeling Daksh about Virendra's reasoning for bringing them to Rewari and informing him that Purvi is Virendra's wife.

Anjali and Prakashi come to Nani and inform her that Priyashi was talking to Daksh and fear that she might reveal Virendra and Purvi's past.

Later, Nani is about to question Daksh but gets distracted by Purvi while Daksh thinks to confront Virendra regarding the truth.

The next morning, Daksh goes to look for Virendra but the maid tells him that he left for done work early.

Meanwhile, Sudha meets Priyashi and tells her to leave Rewari and her husband alone while Priyashi taunts her that it is her husband, Veer who is coming after her.

Sudha threatens her of revealing her truth to Virendra and lives demanding her to leave.

Elsewhere, Prakshi and Anjali reveal to Daksh that whatever Priyashi said is true and manipulates him into thinking that Virendra used to torture Purvi as a Molkki.

Nani also manages to convince Daksh that Virendra is a bad person and Daksh says that he will save Purvi from Virendra by marrying her.

At night, everyone is celebrating the Mehendi function as Purvi and Daksh dance together.