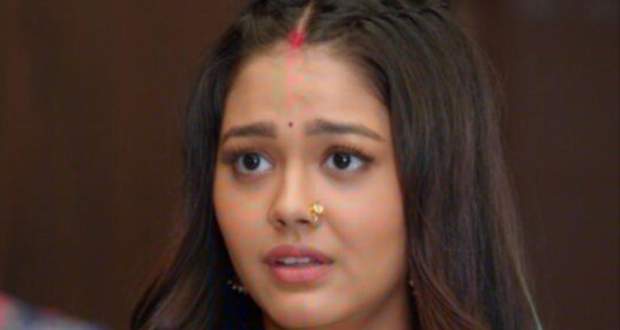 Today's Molkki 17 December 2020 episode starts with the attacker hitting the ceiling with an iron rod and making it fall on Purvi.

Virendra is removing the bricks while the family comes there and he informs them that Purvi is stuck under the ceiling.

Virendra saves Purvi and checks for any injuries which creates a romantic moment between them.

Virendra promises her that he will find the attacker and will punish them while her uncle tells him to think about it later as it is Sakshi's Barsi the next day.

Virendra puts ointment on Purvi's wounds while he asks her how educated she is and asks her questions.

Prakashi brings food for Purvi and Virendra tells her to eat as her punishment is over.

However, Purvi says that she will complete her punishment and will stay hungry and awake with him until the portrait is not done.

Virendra draws the portrait and tells Purvi to talk about something to fill the silence but stops her as soon as she talks about her elder uncle.

Virendra tells her that the portrait is complete and says that she is the first one to see this portrait.

Purvi says that something is missing in the portrait and fills the hairline of Sakshi's portrait with red paint.

Upcoming Molkki episode update: Purvi to be shot during Barsi.