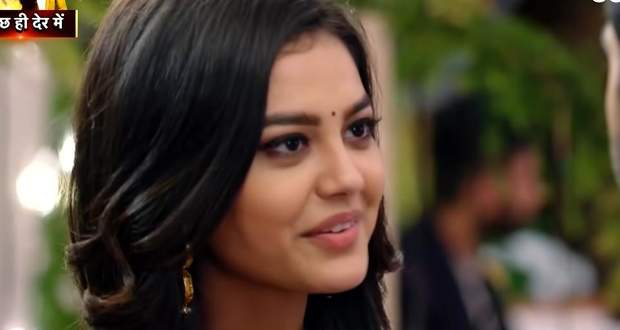 Today's Molkki 18 August 2021 episode starts with Chandni revealing her crush on Virendra while Purvi requests Daksh to invite him.

Daksh calls him and invites him to their house while Virendra reveals that he is coming to Delhi anyway to get his kids' admission.

The next day, Daksh teases Purvi while Chandni takes her shopping with her.

Coincidentally, Virendra's clothes get ruined and go to the same mall.

Purvi chooses a blue kurta for Daksh while Chandni spots Virendra and tells Purvi about it.

Virendra and Purvi go inside adjacent dressing rooms and try on their outfits while Virendra spots the blue Kurta and takes it.

He leaves while Purvi tries to go after him but Daksh comes there stops her.

Virendra meets up with the school's principal and gets the kids' admission done after which he makes plans with Daksh to meet up.

Elsewhere, Veer lies to Sudha that he's going to the Panchayat office but instead goes somewhere else.

Daksh reaches the restaurant and brings Chandni with him which shocks Virendra thinking that she is his fiance.