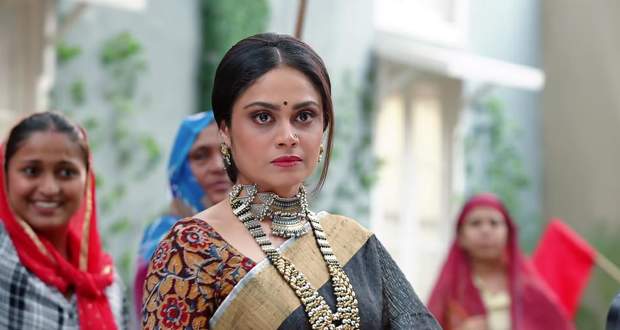 Today's Molkki 18 November 2021 episode starts with Sakshi coming to the haveli saying that she will love her as she is the Mukhiyain from now on and sits on the table for dinner.

Further, she says that there will be a party and dancing in the haveli and that dancers will also come to the haveli leaving Virendra and Purvi in shock.

The next, there will be a girl dancing with her head covered as all the men will be sitting in a circle and will be enjoying the dance.

Just then, Virendra will come there and will drag away the dancer who will turn out to ne Virendra's sister leaving him in shock.