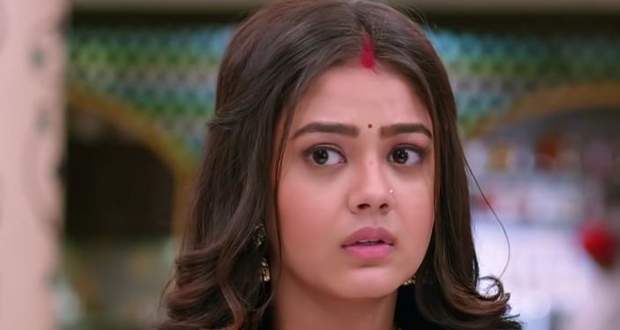 Today's Molkki 19 October 2021 episode starts with Purvi holding a knife and thinking that she won't leave Arjun if he tries to touch her.

Arjun comes into the room and removes his coat after which he tries to get close to Purvi while she hides the knife behind her hands.

Elsewhere, Virendra tells Sakshi that Purvi loves only one person and that it is him.

Meanwhile, Purvi reads the letter by Radhika which states that Arjun's legal license has been revoked by the court and that he is blacklisted.

Purvi contacts Radhika and plans to meet up with her in the market while Virendra follows Purvi from afar.