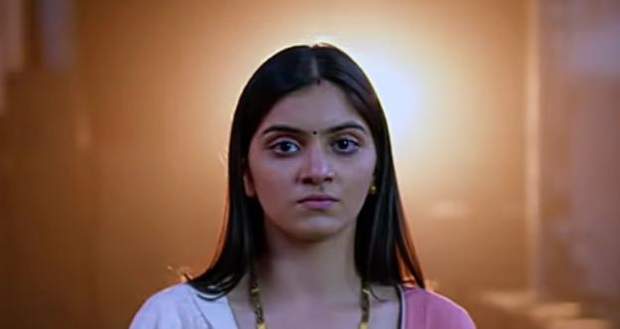 Today's Molkki 1 March 2021 episode starts with Priyashi telling the moment up to where Vaibhav pushed her off the cliff.

She says that she had managed to grab onto a brand and saved herself.

A flashback shows Priyashi climbing up the cliff and seeing an unconscious Vaibhav.

She reveals that she further planned to get Vaibhav trapped in her murder case and threw her Dupatta into the cliff.

Priyashi reveals that she took Sudha's help and had planted her diary in Vaibhav's room, her blood under his bed and all the other things that will lead to him being the suspect of her murder.

She further apologises to Virendra as he had to go to jail because of her while he praised her for being fighting against Vaibhav.

Purvi asks how she knew that Vaibhav was alive after Virendra had shot him while Priyashi reveals that she saw Anjali going late at night to meet Vaibhav and sound out about him being alive.

Virendra says that he can't believe it while Purvi supports Priyashi's words by saying that Anjali was the one to book tickets for Vaibhav.

She apologises to Virendra for killing Vaibhav while he says that she did the right thing to Manas and Purvi and says that he will get the best lawyer to fight her case.

The constable takes away Priyashi while Purvi cries and joins her hands in front of Virendra to show her gratitude.

However, he puts her hands down and wipes her tears.

Later, Priyashi is pleaded not guilty and is released.

Everyone leaves the room while Virendra stops his family and says that there is still one criminal left.

He reveals to everyone that Anjali helped Vaibhav in doing everything wrong while she gets on his knees and starts making excuses.

Prakashi and Bheem request Virendra to forgive her last time and he agrees.

The next day, Purvi and Sudha are in college while Karan tries to give them chocolates and apologises to them.

Purvi takes the chocolate and tells him that she forgives him but can never be his friend.

© Copyright tellybest.com, 2020, 2021. All Rights Reserved. Unauthorized use and/or duplication of any material from tellybest.com without written permission is strictly prohibited.
Cached Saved on: Monday 19th of April 2021 11:10:11 AM