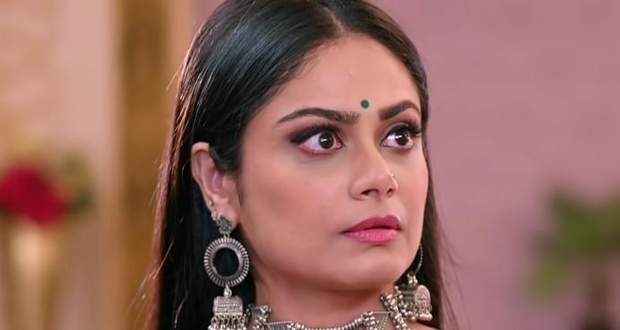 Today's Molkki 1 November 2021 episode starts with Purvi being concerned for the baby while Virendra encourages her saying that he is sure she will take good of the kid once they enter the world.

They gig each other while Sakshi looks on from afar and gets furious.

Later, Virendra sees Purvi running after the kids and saves her from falling while scolding her saying that she should be careful.

Further, Purvi goes to the temple to pray while Sakshi puts oil near her sandals and hides.

Purvi wears her sandals and is about to walk away when she slips on oil and falls.