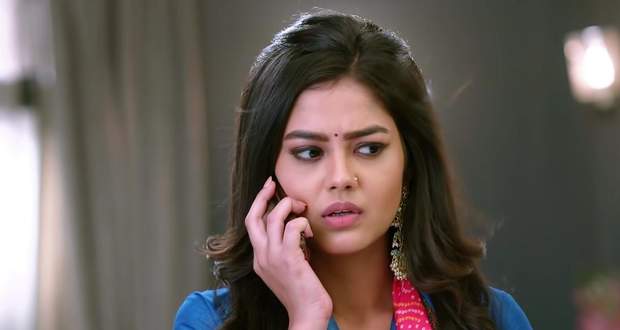 Today's Molkki 20 August 2021 episode starts with Purvi coming outside with Daksh but Virendra has already left.

The next morning, Daksh picks up Nani who talks to him about the standards needed to be the daughter-in-law of the Shekhawat family.

Daksh gets worried if Nani will like Dhwani and reaches the temple where he gets mesmerised seeing Dhwani in a saree.

Nani goes away for a moment while Purvi reveals to Daksh that she had practised all night for heels and saree.

Elsewhere, Veer brings Juhi and Manas to Delhi while Veer advises Virendra to go to the temple to calm his mind.

Virendra reaches the same temple as Purvi while Daksh leaves for his office.

They both go inside and offer the milk to the idol of God at the same time without noticing each other.

Later, Virendra's Chunar flies and rests on Purvi's head while Nani takes it and gives it to him.

At home, Nani questions Daksh and Purvi and tells them that the engagement should happen soon.

Juhi and Manas tell Virendra that they don't want to go to the hostel but he convinces them.

The next morning, Purvi gets worried about her interview to get the job as a teacher on the way while Juhi and Manas' car is right next to their car.