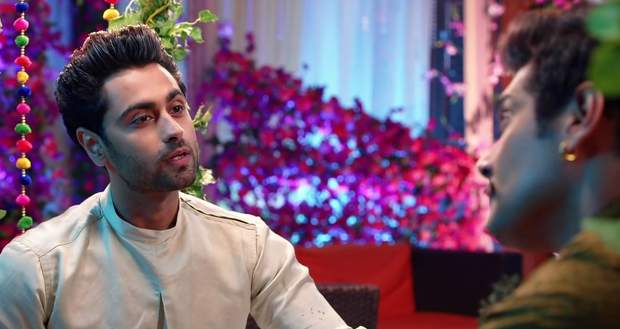 Today's Molkki 20 September 2021 episode starts with Daksh sitting with Virendra on the terrace to celebrate his bachelor party and drink with her.

Daksh mocks him while Virendra gets tensed thinking that he might have found out about his and Purvi's past.

The next day, Virendra gets shocked seeing Daksh and Nani coming downstairs with their luggage and questions them saying that the marriage was supposed to be done in Rewari.

However, Daksh says that there are plan changes and that now he and Dhwani will get married in Delhi.

© Copyright tellybest.com, 2020, 2021. All Rights Reserved. Unauthorized use and/or duplication of any material from tellybest.com without written permission is strictly prohibited.
Cached Saved on: Tuesday 18th of January 2022 06:22:39 AM