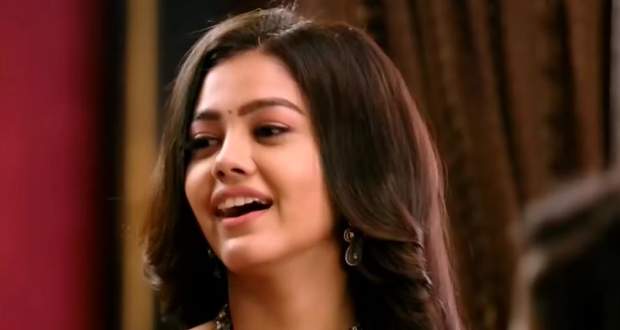 Today's Molkki 21 September 2021 episode starts with Anjali calling Nani and informing her about Virendra and the kids coming to Delhi to stop the marriage.

Nani tells Daksh to stop at a hotel as they have to make the wedding arrangements there while Priyashi finds out that Virendra is going to Delhi to stop the marriage and hides in his car.

Anjali calls Prakshi and informs her about Virendra leaving while Virendra reaches Daksh's home but the guards inform him that they didn't come home.

Elsewhere, Chandni overhears Daksh and Nani's conversation and finds out that Dhwani is Purvi.

She tells them that it is wrong and that she will reveal the truth while Daksh locks her in the room.

Daksh and Nani leave while Chandni breaks the glass and leaves.

She finds Purvi's phone and calls Virendra to inform him of the location and that Daksh and Nani know about Purvi being Dhwani.

Later, Purvi thinks that she can't marry Daksh and goes to tell him while Virendra reaches the hotel.

The guards stop Virendra from entering while he sees Nani and tells her that he knows that she knows Dhwani is Purvi.

Purvi reaches Daksh and he praises her beauty while Priyashi managed to get inside the hotel while hiding her face.

Priyashi gives a pen drive to the cameraman with money and he plays the video of Purvi and Virendra which shocks Purvi who is watching it while Daksh gets tensed.

Purvi falls uncoinus while Priyashi gets happy seeing her in that state.

Upcoming Molkki episode update: Purvi refuses to go with either Virendra or Daksh.