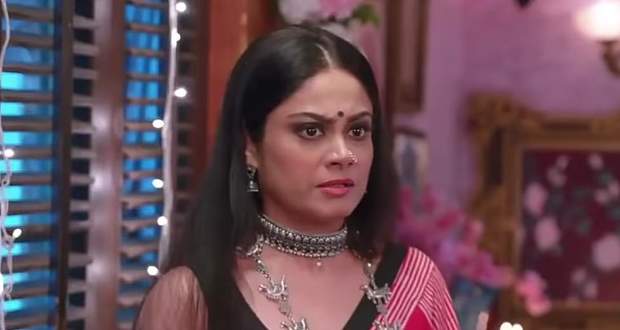 Today's Molkki 22nd November 2021 episode starts with Purvi and Virendra going to the market to buy clothing for Renu while Virendra bumps into a guy.

However, Virendra notices the scar on the man's face and recognizes him as the guy who tried to kidnap Renu and catches him.

Further, he drags the man to the haveli and beats him up while questioning him who paid him to kidnap Renu.

Sakshi comes there and gets nervous fearing that her plan will be exposed.