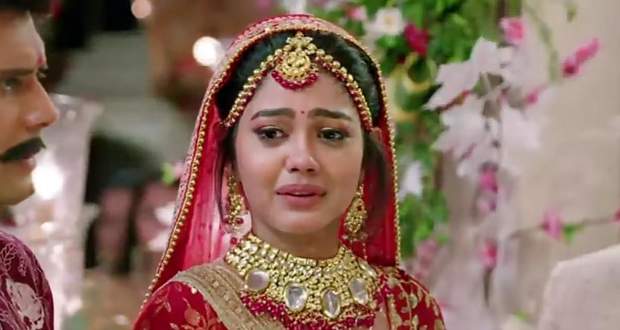 Today's Molkki 22 September 2021 episode starts with Purvi regaining her consciousness and reveals that she has got back her memories.

Chandni tells her that she is glad she got reunited with her kids and reveals that Daksh and Nani know about her being Virendra's wife.

Purvi goes to Daksh and asks him why he broke her trust while he reveals that he is in love with her.

Virendra tells Purvi to return home with him while Daksh makes her remember how he left her to due when her accident occured and Purvi remembers how Virendra behaved with her before her accident.

Virendra tells h that he forgives him as he took care of Purvi and holds her hand while she removes her hand from both of them and says that they both have betrayed her in their own way.

She further rebukes both of them and points out their mistakes while saying that she is a person too and announces that she will live the life her own way.

Kids asks her if she will leave them and she asks them if they would like to stay with her.

The kids agree and they leave while Virendra and others look on.