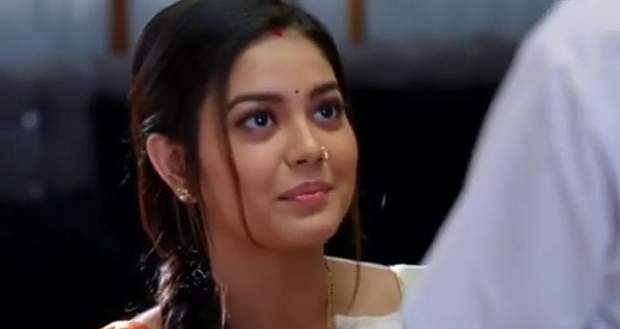 Today's Molkki 23 December 2020 episode starts with Purvi requesting the Principal to let her meet one of Manas and Juhi's friends and he agrees.

Anjali forms a plan to reveal the kids' disappearance to Virendra.

Purvi gets information from one of Juhi's friends and feels worried about the kids' safety.

She remembers the receipt she found in Juhi's bag and rushes home while Anjali calls Virendra and informs him about Manas and Juhi's disappearance.

Purvi reaches home and checks the dustbin for the receipt but Pratapi informs her that the servant took out the trash to throw it away.

Purvi manages to stop the servant and gets the address from the receipt in the trash.

Purvi, Vaibhav, and others reach the location where the drivers run after seeing them but Vaibhav catches him.

Kids tell Purvi that it was not the driver's fault and Juhi says that they do not want to go to school.

At the same time, Virendra comes there and starts berating the kids. He raises his hand to hit them but Purvi stops him and he rebukes her for it.

However, Purvi rebukes him and says that he gave the kids punishment without knowing the reason for them not wanting to go to school.

She reveals that the kids at school make fun of them at school because their parents have never once attended the school meeting and say harsh words about them.

Purvi tells Virendra to just wonder what the kids were going through.

Purvi tells Virendra that she feels that she was right about hiding the matter from him.

Virendra tells the kids to go to school and show him the kid who troubles them while Purvi demands to come along.

Upcoming Molkki episode update:‌ Principal to pit forth a condition against the kids for letting them stay in school.

© Copyright tellybest.com, 2020, 2021. All Rights Reserved. Unauthorized use and/or duplication of any material from tellybest.com without written permission is strictly prohibited.
Cached Saved on: Friday 22nd of January 2021 11:51:37 PMCached Disp on: Tuesday 26th of January 2021 04:39:29 AM