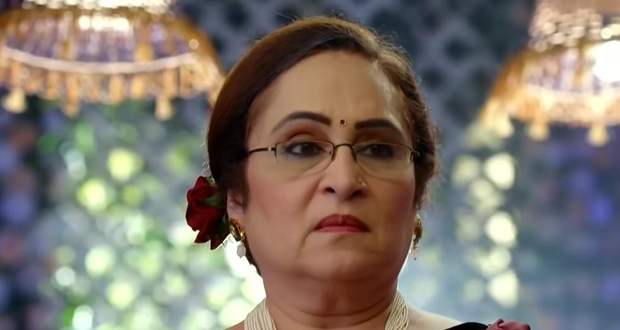 Today's Molkki 23 September 2021 episode starts with Virendra stopping Purvi and saying that he can't live with her and the kids while she says that he left the kids alone once she was gone and proceeds to point out whenever he didn't treat her right.

Virendra tells the kids to stop her while they say that they are with Purvi while Anjali and Prakashi reach there as a flashback shows Nani inviting them to the wedding.

Priyashi realizes that Purvi has regained her memories and act of being nicely asking her to come back to the haveli while Purvi calls her out on all the wrongdoings she did to separate her and Virendra.

Daksh requests Purvi to stay the night at the hotel as it is not safe for her and the kids to go out late at night but she refuses and is leaving when she suddenly starts fainting.

Later, Nani, Prakashi, and Anjali are sitting with Daksh and instigate him against Purvi saying that she used him for money and he goes to confront her.

Elsewhere, Virendra helps Purvi sit comfortably and tries to convince her to drink the soup while she reluctantly accepts the soup.

However, he leaves from there while Anjali tells Nani that Virendra will refuse to accept Purvi if he sees her and Daksh together in bed and gets her permission to execute her plan.