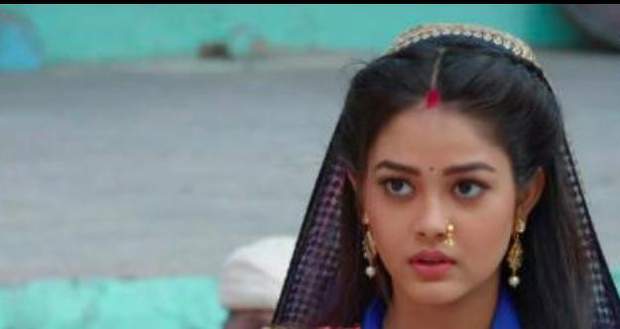 Today's Molkki 24 December 2020 episode starts with Virendra berating the Principal for not noticing the bullying happening in the school.

The principal tells them that it is his fault also as he didn't give time to his children and says that the school will have to expel the kids due to short attendance.

Purvi tells them that she can file a case against the school for tolerating bullying happening in their school which makes him scared.

The principal tells her that the kids will have to pass the final exams to attend the school and she accepts his condition.

Elsewhere, Vaibhav teaches Purvi how to make pasta and serves it to the kids.

During dinner, Virendra tells Juhi that her birthday won't be celebrated and scolds Purvi for accepting the principal's challenge.

Virendra tells her that Juhi's birthday will be celebrated if the kids pass their final exam and she accepts.

Purvi teaches the kids through various methods for the next few days.

On their exam day, Purvi prays for getting them good marks and the kids go to school to give their exams.

The kids come and Manas tells her hesitantly that he forgot half the answers and feels worried.

Virendra thinks that they got failed and says to find another school for them while Purvi reveals that the kids have passed with great marks.

Purvi tells Virendra to show appreciation to the kids while he gets angry with her and leaves.

Juhi shows her gratitude to Purvi and apologizes to her for torturing her.

She asks her to be friends and Purvi happily agrees.

© Copyright tellybest.com, 2020, 2021. All Rights Reserved. Unauthorized use and/or duplication of any material from tellybest.com without written permission is strictly prohibited.
Cached Saved on: Saturday 23rd of January 2021 04:24:23 PM