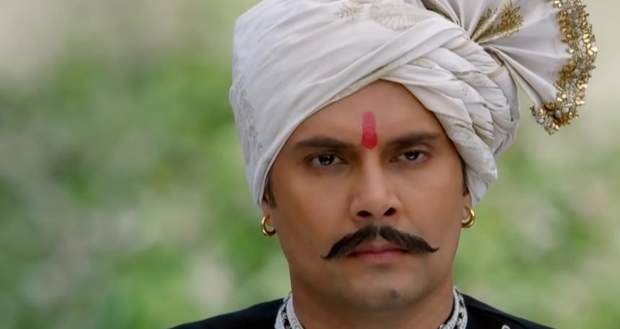 Today's Molkki 25 January 2021 episode starts with Virendra telling Purvi that he couldn't trust her without any evidence as he is the Mukhya of the village.

He announces that Priyashi will be the one to decide Vaibhav's punishment.

Priyashi tells him that he ruined her life and tells Virendra that if he wants justice for her then he should get them married.

Purvi tries to convince her to not marry him but Purvi responds that no one will marry her now that everyone knows about the incident and that this is the only solution by which she'll get back her respect.

Priyashi requests Purvi to support her in this decision while Virendra reassures her that Purvi will get all the rights and respect as a daughter-in-law of his house.

Kyoto cries while Anjali promises her that she will stop Priyashi and Vaibhav's wedding by any means.

Later, Purvi sees Bhuri goes out at late night and wonders where she goes without telling anyone.

Juhi and Manas come to her room and apologize to Virendra for coming into their room late at night.

Purvi tells them that that they shouldn't be sorry and says that those should be sorry who misunderstand people while looking at Virendra.

She says that she will never talk to Virendra and goes while the kids tell him that he should apologise to Purvi.

The kids suggest him to gift Purvi a new phone and he agrees.

Next day, Prakashi apologizes to Purvi for not believing her words while Purvi requests her to say sorry to her.

Purvi goes while Prakashi tells Virendra to get Purvi the jewellery and outfits for the wedding by going to the market.

He doesn't agree while the kids come there and manage to convince him saying that he should go and give the phone to Purvi.

Virendra goes to the kitchen and gives the phone to Purvi.

The phone says out loud that she has received a message from Kroor Singh.

Hs tells her to see the message and sends an angry emoji to him after seeing that he has texted sorry to her.