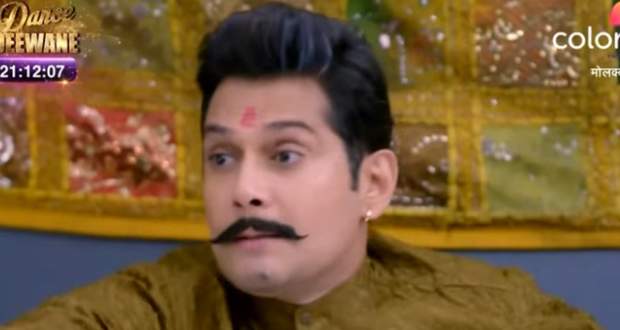 Nandini and Aarav lie to her that he got into an accident which Purvi believes.

Elsewhere, Priyashi requests Veer to teach her how to drive the jeep and flirts with him.

Later, the villagers are celebrating Virendra's victory one day before the declaration of results.

Nandini comes there and starts pleading with Virendra to think once again about her request when Veer also comes there.

They all go inside and Nandini reveals to them about Charansingh's plans while breaking down in front of Virendra.

Prakashi and Anjali get happy and inform Nandini about it.

© Copyright tellybest.com, 2020, 2021. All Rights Reserved. Unauthorized use and/or duplication of any material from tellybest.com without written permission is strictly prohibited.
Cached Saved on: Monday 1st of August 2022 09:17:37 PMCached Disp on: Wednesday 17th of August 2022 03:37:36 PM