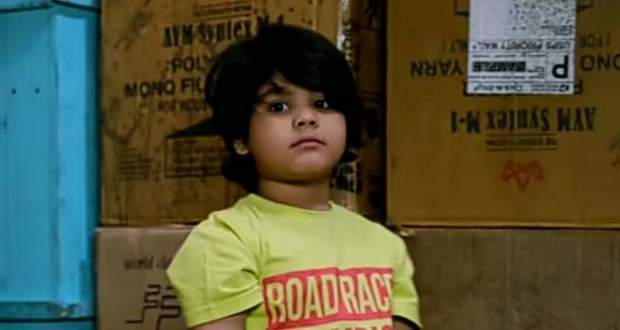 He goes towards the cottage near the beach while Purvi and others commence the Mehandi ceremony.

He enters the cottage but doesn't find anyone there while the flashback shows Bhuri finding the note and informing Prakashi about it.

Prakashi orders her and Anjali to change Sakshi's location and the flashback ends.

Meanwhile, Purvi sees the note kept by Virendra telling her to go to the terrace and she rushes there.

He teases her and she gets flustered while he writes his initials on her hand with Mehandi.

She gets emotional and he calms her by hugging her.

The next morning, Prakashi tortures Sakshi while Anjali questions her what to do about Purvi.

Prakashi reveals that she has already planned something for her.

Bhuri steals Manas's shoes and he makes a fuss.

Prakashi tells him to go with Bhuri and buy another pair.

Bhuri and Manas are returning home while she gets a call.

She purposefully let go of Manas's hand and two guys kidnap him.

© Copyright tellybest.com, 2020, 2021. All Rights Reserved. Unauthorized use and/or duplication of any material from tellybest.com without written permission is strictly prohibited.
Cached Saved on: Wednesday 1st of December 2021 02:15:36 PM