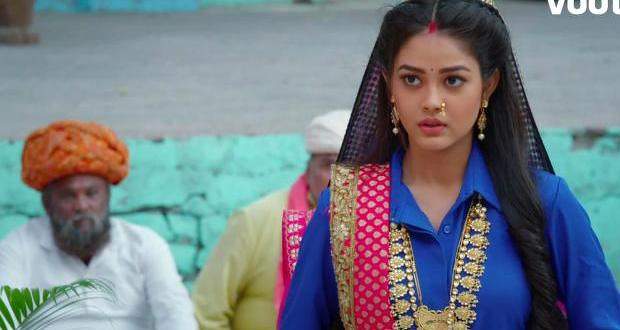 Today's Molkki 28 December 2020 episode starts with Purvi being successful in conv8ncing Virendra to help her make a cake for Juhi.

Meanwhile, Jyoti sits beside Vaibhav and he requests Priyashi to help him.

Priyashi changes seats with him which annoys Jyoti.

Prakshi asks Purvi if her task is done and she gives a positive answer while showing her gratitude to help her in the task.

Virendra sees the cake and praises Purvi for handling their marriage and his family very well which makes her happy and she goes to ready the kids.

The kids tell Purvi that they have a gift for her and give her the same white box that Anjali gave them earlier.

Inside the box, there is a jewellery and a beautiful outfit which makes her feels great.

Anjali steals the keys to Shakshi's room from Virendra's drawer and gives it to Purvi further telling her to hold it for her till the party.

Purvi is getting ready while the kids come there and address her as their mother while surprises her and she hugs him while being emotional.

Purvi comes downstairs while everyone gets shocked after seeing her.